Souper Colossal as a yearling

Live Oak Plantation’s two-year-old colt Souper Colossal is by red-hot sire War Front and is the winner of all three of his lifetime starts to date, including the Tyro and the Sapling Stakes, both at Monmouth Park. He's trained by Eddie Plesa, whose handicap star Itsmyluckyday won the Grade 1 Woodward Stakes at Saratoga on August 30th, the day before Souper Colossal’s 5 1/2-length victory in the Sapling.

The sixth of his sire’s 29 stakes winners to get a black-type win on the dirt, Souper Colossal, who is out of the Kingmambo mare Soaring Emotions (whose granddam won the French Oaks), looks like a horse with a big future. Bred in Kentucky by Moyglare Stud, he was consigned as a foal by Padraig Campion’s Blandford Stud as agent to the Keeneland November sale. Glencrest Farm’s John Greathouse -- purchaser of Grade 1 winners Honey Ryder, Panty Raid, Devil May Care, and Zoftig -- picked him out and made the winning bid of $100,000 on behalf of Elkhorn Stable.

Elkhorn pinhooked Souper Colossal to the Fasig-Tipton Saratoga yearling sale in August of 2013 through Four Star Sales, and Live Oak bought him for $350,000. (See what his catalogue page looked like as a yearling here.) Although he was not one of the more expensive War Fronts sold that year and was in fact the third cheapest of four that went through the ring at Saratoga, Souper Colossal was barely under his sire's average of $363,000, and $50,000 above the median.

Shown above and below on February 7th of his yearling year, he was 11 months old at the time these photos were taken at Glencrest -- Souper Colossal was the same age that champion Uncle Mo was in these mugshots I took of him at Glencrest in 2009, while Glencrest-raised two-time Breeders’ Cup Turf Sprint-G1 winner Mizdirection was ten months old in her photo yearling photo here.

Click here to read more on War Front by Sid Fernando at Who’s Hot, Who’s Not. 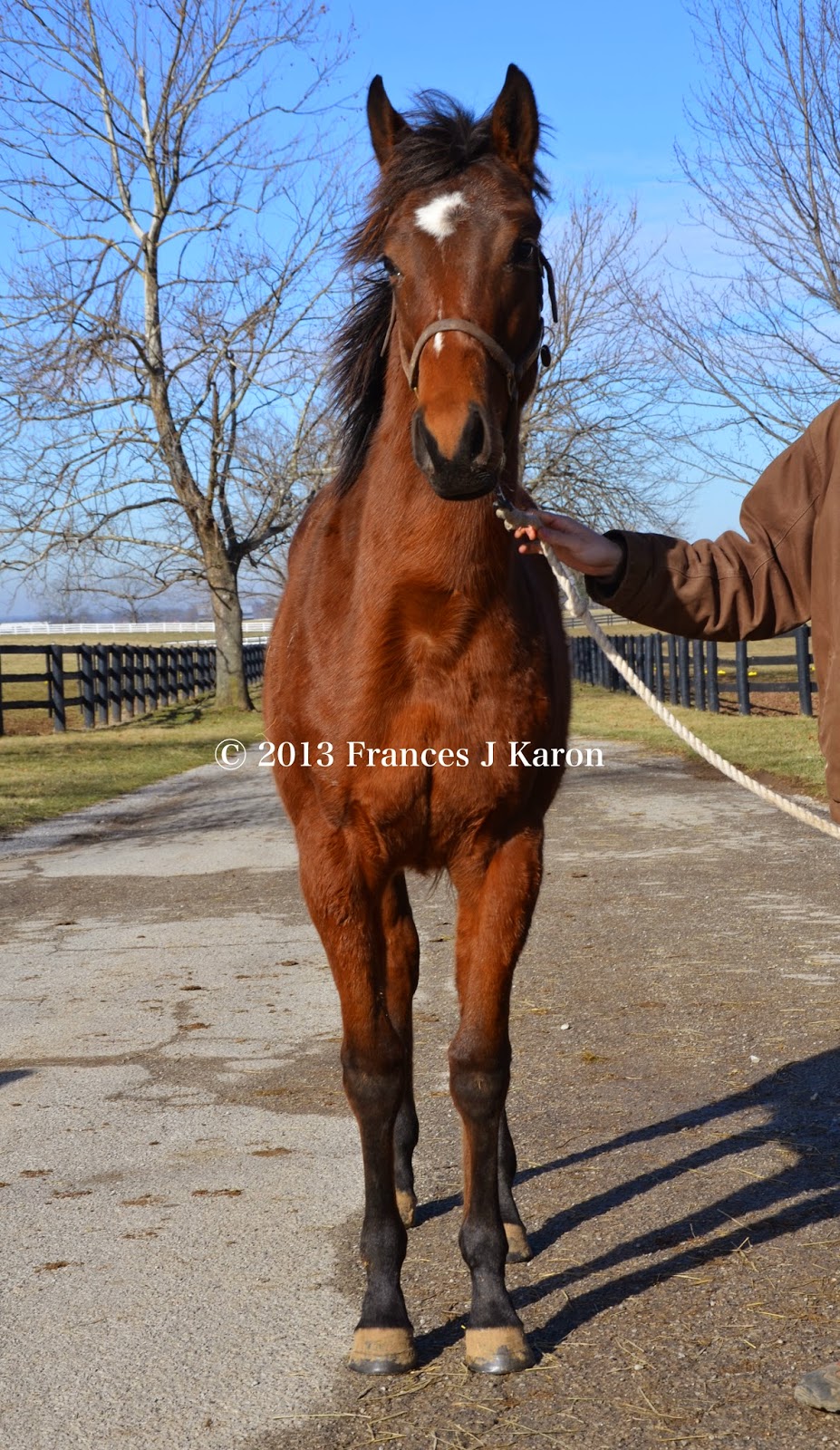