Justifying confidence at the highest levels

The year's first issue of North American Trainer is now available online (and will soon be out in print): http://trainermagazine.com/past-issues/february-april-17 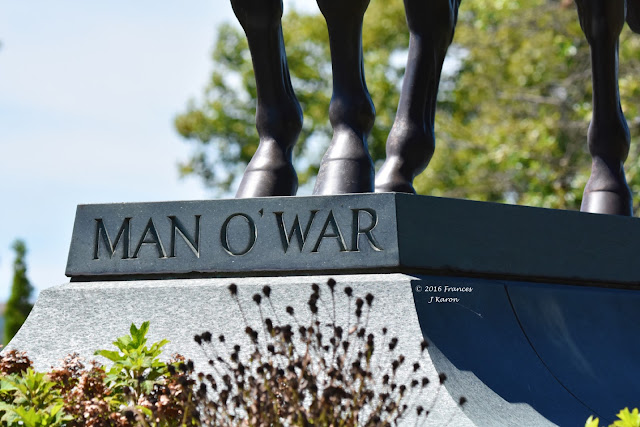 Features include my profile on Man o' War (direct link to article), my favorite racehorse of all time and one who needs no introduction to any follower of racing. Next month marks the 100th anniversary of his birth, so what better time could there be to revisit and celebrate his life?

I've been learning about Man o' War since I first read Walter Farley's book on him, but I officially began researching him last May. It eventually got to a point where I had to stop poking around the archives because I had more information than I would ever be able to use for the magazine. As it is, the article is over 7,000 words long. I'm still not sure how my publisher and friend, Giles Anderson, let me get away with that... I had so much fun and feel like I got to know "Red" on a personal level, and I hope a little of that translates to everyone who reads the article, whether or not they already knew a lot about Man o' War.


This issue of NAT also has articles on Arnaud and Leigh Delacour, Hall of Fame trainer Ron McAnally and his buddy Murray Friedlander, five little-known trainers who have saddled the winners of more than 3,600 races each, a compelling read about contamination on the backstretch, a Q&A with Brisnet's Happy Broadbent, and Sid Fernando's regular column on the last page.
Posted by Frances J. Karon at 6:45 PM No comments: