The gorgeous Budweiser Clydesdales were at Keeneland this week in preparation for their annual parade on the racetrack. This particular traveling team -- one of three that sends ten horses on the road in their high-tech semi-trucks ten months a year -- is from Merrimack, New Hampshire. The beauties made their appearance yesterday, on the undercard of the Queen Elizabeth Challenge Cup S.-G1, following the second race.

We wandered over to Barn 1, the Clydesdales’ home when they visit Keeneland, a few minutes before noon and were treated to the unloading of the rig and the harnessing of the geldings. The process took about 35 minutes from the time the first horse, Gregg (or Mitch?), was out of his stall until the last one, the lead horse on the left, was hitched up, then additional time to get the reins in order and whatever other finishing touches.

By the time the eight-horse, two-driver, one-dog team stepped on to the Polytrack (which, as a synthetic surface, makes the rig much harder for the horses to pull), it was a good two hours after Gregg (or Mitch) had stood so patiently in the shedrow getting brushed. This, for just a few minutes parading in front of the grandstand and clubhouse! I missed the show, but I stayed long enough to watch the team clop, or rather, CLOP!, between the barns to a chorus of excited whinnies and dainty Thoroughbred heads poking out of every occupied stall. At two o’clock, from the barn where I was with Nereid and Star Billing (who later ran third and sixth, respectively, in the Queen Elizabeth), I heard the crowd cheering for these beautiful, gentle giants over the beat of the Budweiser jingle, “Here Comes the King,” composed by Steve Karmen in 1971.

It gets me every time. 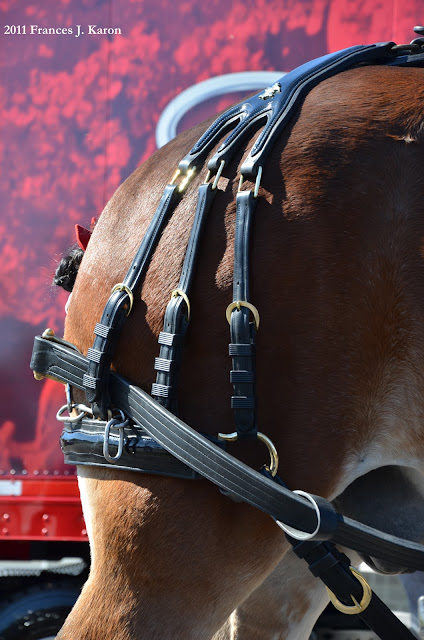 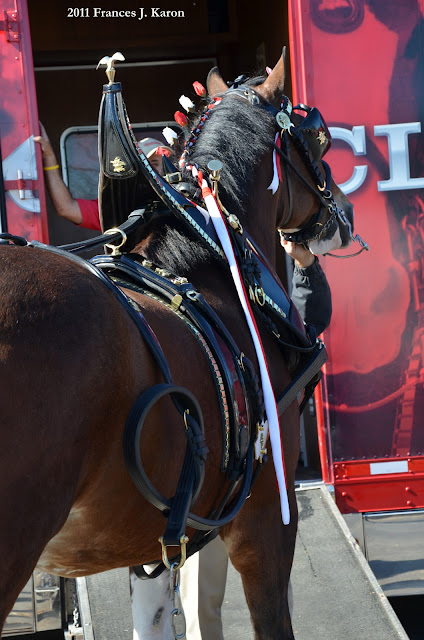 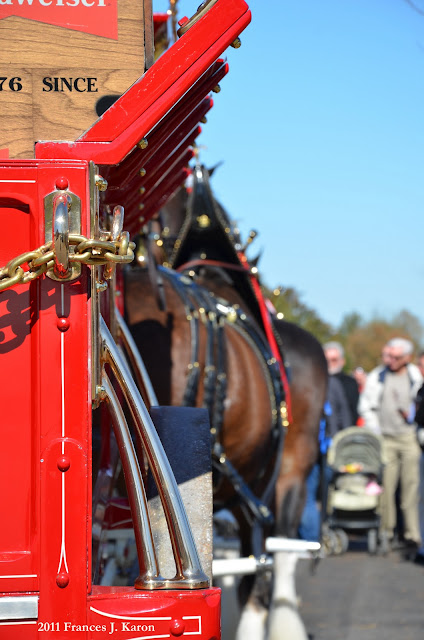 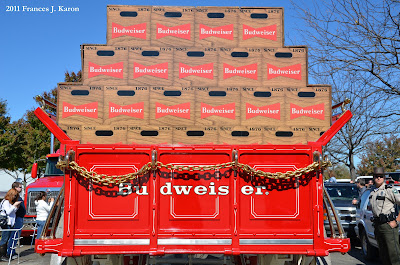 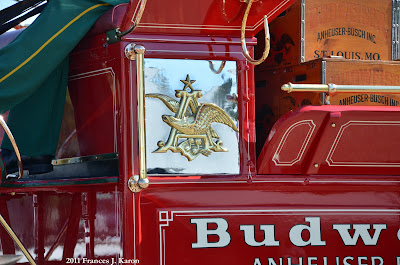